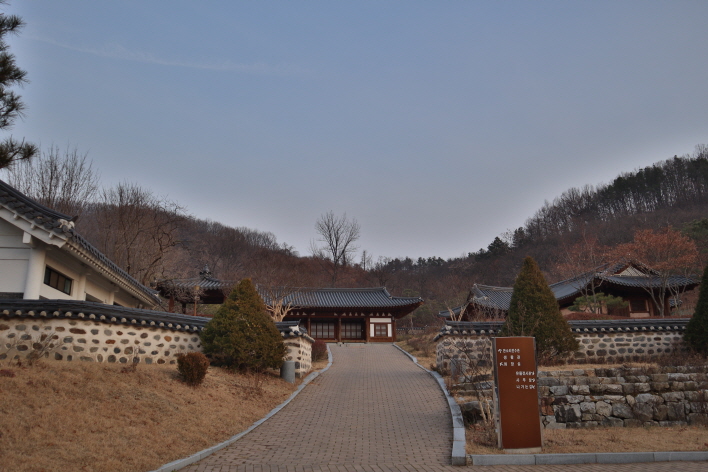 Park Dong-jin (a master of Jeokbyeokga, designated as Important Intangible Cultural Heritage No. 5) was born and raised in Mureung-dong, Gongju. During his lifetime, Park was regarded as a “phoenix” as he persevered through many trials and tribulations, while dedicating his entire life to the art of pansori, or recitation of dramatic songs. The Pansori Training Center was established in his birthplace, Mureung-dong, with the aim of fostering pansori practitioners among the younger generations and carrying on the legacy of pansori. Students are taught five basic pansori songs (Jeokbyeokga, Chunhyangga, Sugungga, Simcheongga, Heungboga) as well as Seongseo Pansori, Danga (i.e. short songs) and Namdo folk songs.

Park Dong-jin is known for his countless meritorious deeds and contributions to pansori, but he is most praised for having contributed to the revival of pansori through the Pansori Presentation. The pansori master was devoted to the art of pansori for more than 80 years and was involved in a broad scope of activities such as traditional and original pansori performances and satirical performances staged at schools and on TV shows. During his life, he performed more than a thousand times, shedding light on pansori for the people of Korea.