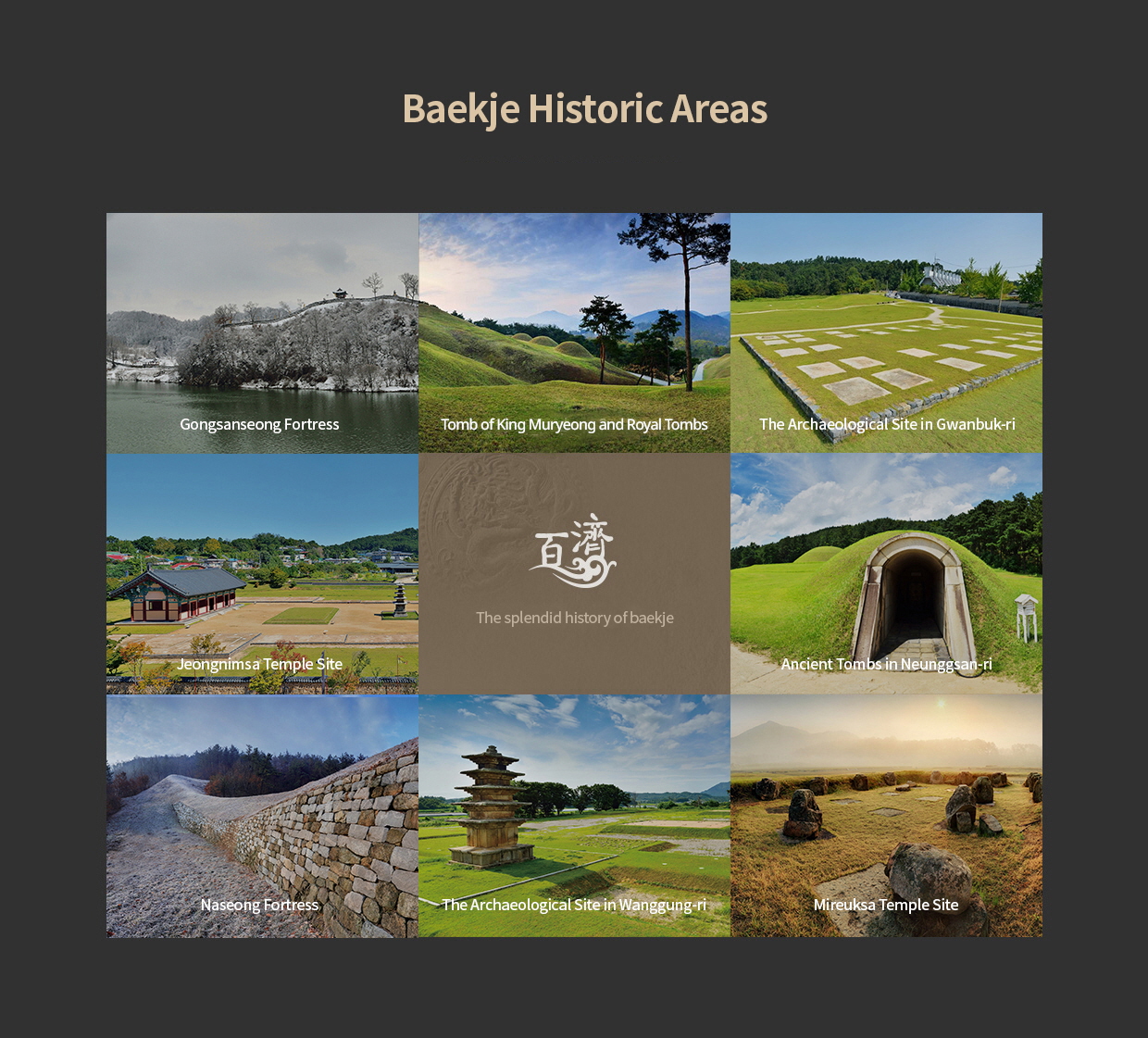 Located in the mountainous mid-western region of the Republic of Korea, the three cities that were the capital of Baekje contain historical sites that provide a glimpse into the ancient kingdom of Baekje, whose culture flourished through interchanges with the neighboring regions.

Baekje, one of the early three kingdoms on the Korean peninsula, existed for 700 years from 18 BC until its fall in AD 660. The Baekje Historic Areas consist of eight archaeological sites found across three regions: Gongju, Buyeo and Iksan.

The Baekje Historic Areas testify to the adoption and refinement of Chinese principles by Baekje when it comes to urban planning, architectural technology, arts and religion as well as the subsequent transmission of these principles that it redefined to Japan and other parts of East Asia.