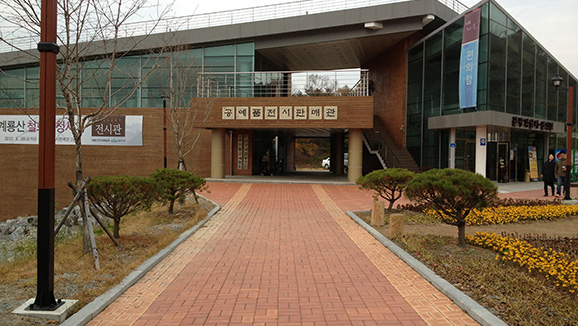 The Craftworks Exhibition Hall is run by the Korea Federation of Handcrafts Cooperatives Chungcheongnam-do Branch. It is where local craftworks are exhibited and sold. Jinmyosu and Geumjegwansik, representing the local culture of Gongju, make great souvenirs and gifts. There are various traditional handicrafts that vary in terms of price range.

On the second floor, an exhibition showcasing Buncheong ware (grayish-blue powered celadon) is being held. The exhibition supervised by Gyeryongsan Ceramics Village features around 20 works by 8 artists, and admission is free-of-charge. 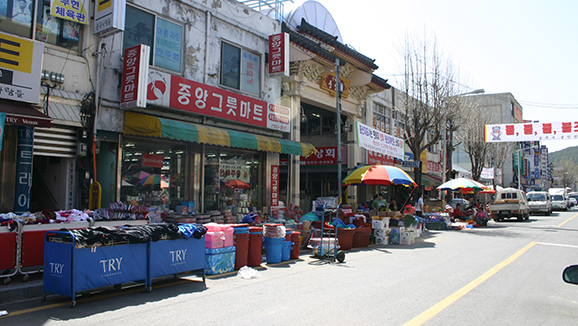 Sanseong Market was chosen as one of the top 50 traditional markets to go to by the Small and Medium Business Administration and the Market Management Promotion Center in 2011. In 2012, it was selected for the Specialized Market Promotion Project, and it has since been undergoing a transformation into a cultural and tourist market, alongside the nearby historical and cultural sites (Royal Tomb of King Muryeong, Gongsanseong Fortress and Hwangsaebawi Martyrs’ Site, etc.) and tourist attractions (Gyeryongsan Mountain, Donghaksa, Gapsa and Magoksa temples, etc.). 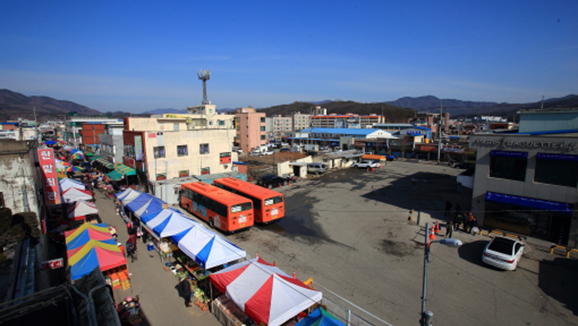 After its opening in 1928, Gongju Yugu Market flourished along with the local textile industry, and it received customers from Asan, Yesan, Cheongyang and other nearby regions. However, it began to suffer a major decline due to the slowdown of the textile industry and population decline. It operates as a permanent market with 54 shops formed during the market modernization project in 1997, and traditional markets held on specific dates at Yugu Public Bus Terminal consist of some 100 stalls that offer vegetables, fruits, seafood, dried seafood and other products.